A Day in the Life of An Animal Control Officer 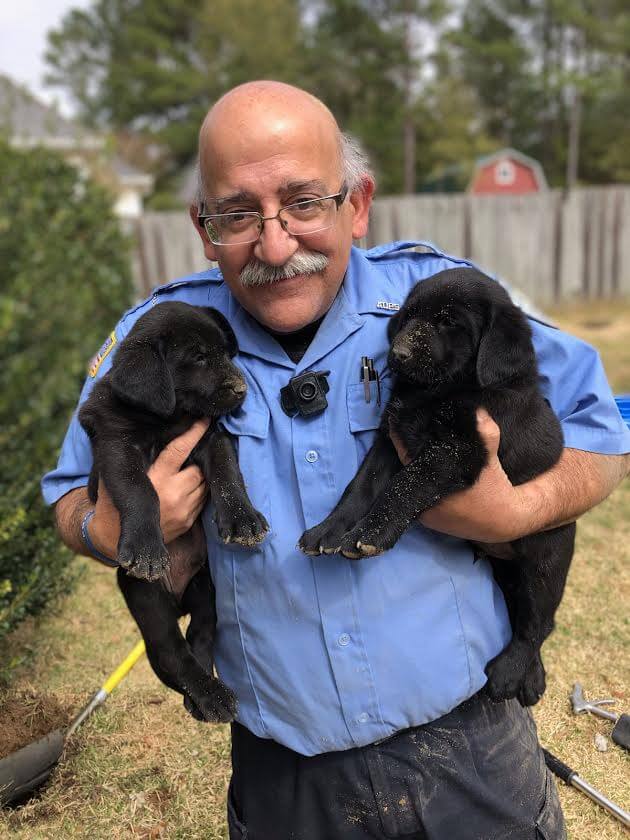 Today’s article is the second of an eight-part series intended to shine a light on the daily lives of key roles within the SPCA Albrecht Center’s organization.

April 11th – 17th is National Animal Care and Control Appreciation Week, so I’m highlighting City of Aiken’s Environmental Control Officer, Joe Morano, whose job it is to focus solely on animal control and litter violations within Aiken city limits. I sat down with Officer Morano at the SPCA Albrecht Center, where he spends part of his time completing paperwork, returning phone calls to pet owners and securing loose, roaming dogs and cats for TNR (Trap-Neuter-Return).

What does a typical day on the job look like for you?

“Animal Control works hand-in-hand with the SPCA’s no-kill facility. I answer calls from dispatch and directly from citizens regarding abused or neglected cats and dogs. I patrol the City of Aiken looking for unleashed, loose dogs or dogs not legally tethered. I pick up feral cats for TNR and bring them to the SPCA for spay or neuter surgery, then return them to their cat colony. Sometimes I rescue domestic animals trapped in trees, stuck under houses or inside of condemned houses. I do get calls about wild animals; snakes, raccoons and foxes, and I can relocate a snake, but the other are only trapped if they pose a health or safety issue, and certainly if there is any suspicion of rabies. I am the only dedicated animal control officer, so I respond to multiple calls per eight-hour shift and am on-call 24/7 for emergencies.”

What type of cases do you deal with the most?

“It depends on the season. In the spring and summer, it’s mostly feral cats and kittens. When kittens are found, I try to bring them in with the mother cat so they can stay with her if still young. Outside of that, loose dogs. And if a pet owner is arrested and they have a pet with them, I’ll take that pet into the City’s custody until it can be reclaimed.”

What is the most difficult part of your job?

“Vicious dogs. I have to physically catch and restrain them, then bring them to the shelter and try to find the owner. If the dog has bitten someone, they must be quarantined for 10 days to ensure against rabies. Thankfully, I’ve never been bitten.” 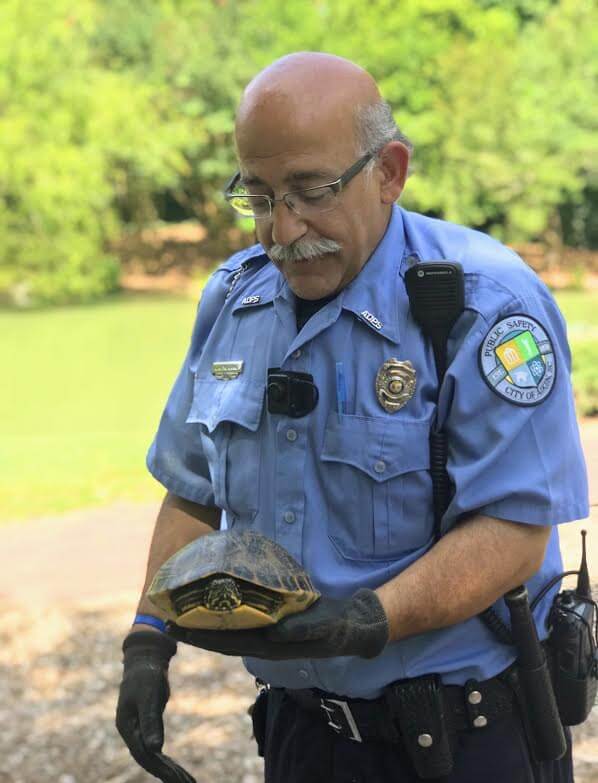 And the most enjoyable?

“Dealing with people. It’s a people job. People forget that animal control is still law enforcement. I help people understand the laws and ordinances, hand out spay/neuter vouchers to those who need them and issue summons for violations. My practice regarding violations is this: First, educate them, lots of pet owners don’t know that their dog needs to have a rabies vaccination and a city registration or what the tethering law is. Second, issue a warning; and lastly issue a ticket, which can be up to $1,087.50 per violation. Helping people is the best part; their animals are like their children, so it is important to be fair to everyone.”

Officer Morano has been on the job for a year and half, and in that time has become part of the SPCA Albrecht Center family, working closely with our shelter and veterinary staff. He’s also added to his own family with two adopted cats, Miriam and Moses, and a newly adopted dog named Cucciola.

Check back at the end of May for the next article in this series: A Day in the Life of a Shelter Cat, as we prepare to celebrate Adopt a Cat Month in June.

Sarah Neikam has been with the SPCA Albrecht Center since 2012 serving first as Volunteer Coordinator, then Digital Media Manager, followed by Marketing Director and now Operations Manager. Sarah lives in Aiken with her husband Tom and their three adopted cats: Bastian, Luna and Grady plus three “former feral” cats: Willow, Big Boy & Phoebe.